Darling, Which Hat Should I Wear to the Kentucky Derby? 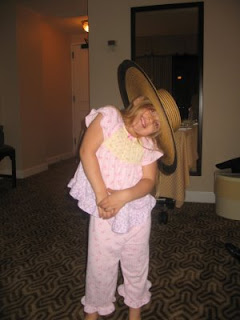 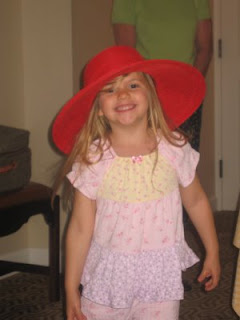 Did you know that the Kentucky Derby is this Saturday? We can't wait!

Wednesday night, we officially began getting ready for the Kentucky Derby. I've always had a passion for horses. While I no longer own a horse, I love a good race.
We went to the Four Seasons Hotel in downtown Houston to visit my in-laws, Cici and Popi, who were technically visiting MD Anderson for a CTScan for Popi. You wouldn't have known it that night. 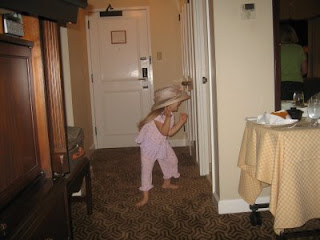 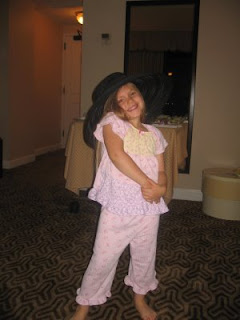 Cici offered to lend us hats for the Kentucky Derby party we're attending Saturday. In preparation, Little K and Cici put on a fabulous hat modeling show. It was a huge hit.

Little K looks so cute in each hat that I don't know that Aunt Susu or I will be able to wear one for long.
And yes, she is modeling the hats in her PJs. It was getting late but who could resist the "Hat Show with Cici" and the fabulous Salch audience? Not me.
Until the next nap time...
Posted by Kids Activity Queen at 9:51 AM 1 comment: