The CrawfishFestival in the Heights is planned for Saturday, March 3 from 11 am - 5 pm. This is a super, family-friendly event with all sorts of food, live music by the Retroburn Band, a car show, door prizes, a moon walk, face painting and games. Radio personality and weekend anchor of News 92 FM Maria Todd and Pasadena’s own Bear Hebert will co-emcee the event. Additionally, treasures will be available for purchase at ~60 vendor tables. 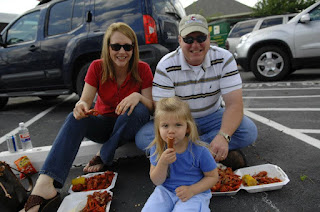 The Festival will be held at the SSQQ Dance Studio located at 1431 West 20th St. and East T.C. Jester (next to Restaurant Depot) in the Houston Heights.
Ready for the Deal?
Individuals who buy a crawfish plate online before next Friday, March 2 will get the discounted price of $15/plate. (On event day, the crawfish plate will cost $20.) The crawfish food ticket buys a plate of crawfish, corn and potatoes as well as one drink (soft drink, water or beer).  But wait! The deal gets better! In addition to this discounted price, if you purchase your crawfish food tickets before next Friday, March 2, Dr Gleem Car Wash at 3103 Ella Boulevard will give you a FREE car wash! 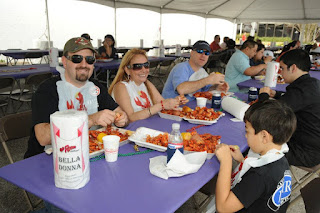 Yes, you can now get paid to come and eat crawfish! Buy your tickets now online because the car wash vouchers are only available to the first 1,000 transactions for advanced crawfish plates.
Hot dogs, BBQ sandwiches and other festival food will also be available at the event but are not included in the crawfish food plate.

Raffle tickets are also on sale on the web site for a chance to win a Bose® 3•2•1® GS Series III DVD Home Entertainment System (valued at $1,000), $500 Apple gift card, a BBQ pit (valued at $300), a two-night stay at a bed and breakfast in Seguin, Texas (valued at $500) and more. Winners do not need to be present at the event to win and raffle tickets may be purchased.

This is a rain or shine event since there is an indoor area. I also know it's a can't miss event so I hope to see you there.

Until the next nap time...
Posted by Kids Activity Queen at 4:57 PM No comments:


Last year during spring break, I thought it would be nice to take my daughter to the  Houston Zoo one afternoon. I could get some work done early on and still spend the afternoon, walking leisurely with my daughter through the zoo. Wrong.

The parking lot was so full that we drove around for over an hour (I'm not exaggerating) until we finally found a parking spot. Then, the zoo was so crowded that we worried about getting separated.

The good news for spring break 2012 is that the City of Houston is already putting plans to get to help resident and visitors navigate the traffic. The press release below notes when the plans will be announced next week. Here's hoping for a thorough plan that helps Houston families make the most of spring break.

WHAT:              Mayor Annise Parker will announce suggested driving directions and recommended parking locations for visitors to Houston’s most popular attractions during spring break (Saturday, March 10, thru Sunday, March 18) to  provide a continuous flow of vehicles coming and going throughout the week.  The City of Houston has partnered with the Houston Livestock Show & Rodeo, Houston Museum District, Hermann Park / Houston Zoo and METRO to create easy access to Houston’s hottest spring break destinations – the rodeo, museums and zoo.

WHERE:            Sam Houston Monument in Hermann Park
PARKING:       Parking is reserved in the lot adjacent to the monument

Posted by Kids Activity Queen at 4:28 PM No comments:

The rain has stopped in Galveston so we're heading out to the parades. If you're interested in super kid-friendly Mardi GRAS parades, head to the island on Sunday, Feb. 19. At 1 pm, the Krewe of barkus & Meoux will head down the sea wall for a great display of all sorts of pets. From dogs, cats, snakes, ferrets & much more, you'll see it all in kid style. Immediately after that, the Mardi Gras Chidrens Seawall Parade follows the same path. With story book themes & cartoon characters, kids will love cheering at this event. My daughter will be riding on the float with the "Where the Wild Things Are" theme. Hope to see you there. Until the next nap time...
Posted by Kids Activity Queen at 1:15 PM No comments:

Brighten Up February Sundays in Houston with Art Time


Travel to the past this February, exploring Greek myths and more!
Join us at the February Sunday Family Zone & Studio:
Vessels of Imagination: Exploring Greek Vases.

Sundays, February 12, 19 & 26
1–4 p.m.
Every Sunday, it´s ArtTime/FamilyTime at the MFAH. On February 12, 19, and 26, visit the Family Zone in Gallery 200, Beck Building, Second Level. Spend some time with the friendly family educators—sit on a pillow and read, sketch a work of art, and get involved in an investigation of a work of art. In the studio, create an art project inspired by original works of art on display in the Family Zone. •Sunday Storytime: Make connections between the storybook, Young Zeus by G. Brian Karas, and an ancient Greek vase that shows many of the same Greek gods—Zeus, Hera, and more! (begins at 1:30 p.m.) •Creation Station: At this family-friendly workshop, artists encourage families to create art using materials or ideas similar to those used by the artist who created the featured work of art on display in the Family Zone. At this program, participants will use stencils to create a Greek vase shape and then design and decorate their vessel with stories, just like the ancient Greeks. •Gallery Investigations: An MFAH educator at the Gallery Cart has looking games, books, and hands-on activities for families to use when exploring the shapes, stories, and designs of ancient Greek vases. (2-4 p.m.)•Sketching in the Galleries: An MFAH teaching artist guides adults and children of all drawing levels at this informal program. There will be a special drawing sheet that families can use to sketch the many designs on the different parts of a vase—often called the mouth, neck, shoulders, belly, and feet, just like the human body.

The Museum of Fine Arts, Houston is located at 1001 Bissonnet Street in Houston's Museum District. Free parking is available across the street from the Law Building. For more information about programs and admission discounts, visit www.mfah.org/families  or call 713-639-7300.


Until the next nap time...
Posted by Kids Activity Queen at 7:30 AM No comments:


I'm so excited about this super cool program that I'm republishing the details from the Museum of Fine Arts Houston (MFAH) and hope the Houston kids in your life will take a shot at making a difference in their education. The cool factor just wins out on this one. 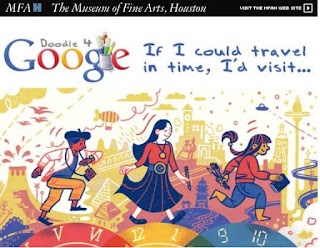 The MFAH is proud to support the 2012 Doodle 4 Google competition. The competition is open to K—12 students of U.S. schools and homeschools to create their own Google doodle.

This year´s theme is "If I could travel in time, I´d visit..." Students take a blank canvas to harness their curiosity and imagine the past, present, and/or future anywhere in the world.

Entry forms may be picked up and dropped off at the Kinder Foundation Education Center in the Law Building through noon on March 16. Entry forms can also be downloaded here, and mailed directly to Google. Must be postmarked March 20 to be considered. For more information on how to enter, click here.

Prizes
Ten Texas Finalists:
Ten finalists from Texas will be able to see their work on view at the Museum of Fine Arts, Houston, after the close of the competition.

National Winner prizes (one recipient):
• The winning doodle is featured on Google.com U.S. for the entire day May 18, 2012
• The winning doodle is exhibited in the New York Public Library
• A $30,000 college scholarship
• A $50,000 technology grant for their school
• A Google Chromebook
• A Wacom digital design tablet
• A t-shirt with the winning doodle on it
• An all expenses paid trip to New York City on May 17, 2012, including a visit to Google NYC


Click here for rules, regulations, and more information on how to enter.

Until the next nap time...
Posted by Kids Activity Queen at 11:40 AM No comments:

Houston is a happening place this month and next. Check out these five fun ways to usher in February. 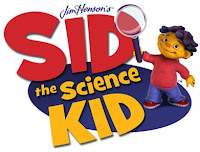 1. Does your preschooler enjoy the TV show " Sid the Science Kid" that airs at 10 am on Channel PBS? (Yes, I realize some of you Tivo this show for your kids so the air time isn't always relevant.) I really appreciate this show for incorporating a school curriculum into an amusing TV show. Even I giggle while watching the show.

2. This year, Valentine's Day falls on a Tuesday so most families need to make special arrangements to balance the holiday with work and school schedules. Do you need to help your child make or buy Valentine cards for his/her classmates. Buy those and encourage your child to sign them ahead of schedule to avoid the last-minute rush. Consider treating your youngsters to a Valentine treat the weekend before Valentine's Day. Make pink pancakes or toast cut with a heart-shaped cookie cutter. Add red jam for an extra touch. Mid-day, head to Young at Art on 19th Street in the Heights to paint pottery with your family. (Plan way ahead by venturing to one of the Mad Potter locations on February 1 from 3:30 - 5 pm for Valentine's Day Art Camp and paint a custom gift for your loved one.) Don't forget to call Grandma and Grandpa on Valentine's Day.

3. Houston welcomes the annual rodeo by kicking off Go Texan Day on Friday, Feb. 24. We love to watch the trail riders journey south on Shepherd Drive (north of Loop 610) each year usually between noon and 1 pm. Best of all, the trail riders stop at the Sears store on Shepherd near 41st Street so that kids can learn about their horses, chuck wagons, attire and more. It's a great photo opp so remember
your camera.

4. If you can't welcome the trail riders in, head to the Rodeo Parade on Sat., Feb. 25 starting at 10 am. The parade starts at Smith and Texas Ave. downtown and I suggest grabbing a seat near the front so you can see the parade riders when they're fresh and ready to go.

The Houston Livestock Show & Rodeo will be in full swing from Tuesday, Feb. 28 - Sunday, March 18. Check out the web site to see the line up of the musical talent. Don't forget to plan time to peruse the livestock show, which offers wonderful learning opportunities for young and old. For more tips on making the most of your trip to the rodeo, check out my blog post on this topic. PLUS, check out this link for all the kid-friendly activities that the rodeo has this year.

5. Ideal for kids in early elementary school and younger, " Sesame Street Live: Elmo Makes Music" will entertain audiences at Reliant Park, Feb. 4-7. The story unveils that a new music teacher arrives on Sesame Street and cannot find her musical instruments. The Sesame Street neighbors begin the search, only to discover some very odd instruments. Not sure if this is right for your child, check out the online video and see how your child responds. Purchase tickets online for $15 - $38 each.

I hope to see you all at some of these fun events around town. Until the next nap time...